How did it make you feel when you degraded her in public? Did you finally become the Big Man that you wished you were? Did you feel proud as you gained control over her soul? Silently smirk as the power fed your ego?

Those around you listened in shock as you called names, shaming her, disrespecting her. But they never said a word or put YOU in your place! Don’t get involved, their conscience said. So they stood by and did nothing.

I watched her lower her head, as you stepped on her spirit. Embarrassed, she retreated to that quiet place, the safe place where she could not be touched by them. Where the words did not sting or hurt, did not beat her black and blue…

Screams of anger you hurled at the little one as he picked up the toys left in the floor. Your curses crushed him that day, as he tried desperately to please you. Did you become the Big Man then? Did the quiet tears he shed fuel the unrest in your soul?

You thought you broke her. The silence was proof. You thought you gained the respect you longed for from the little one as he bowed to the evil in your soul.

I watched that day! I will repay. But not in the way you deserve.

I saw you that day as you fell down at that altar, weeping. Crying out for mercy. Releasing the pain that you had inflicted, had been inflicted on you.

You became the Big Man that day, the one I had always planned you would be. Gone forever was the foolish pride, the shame.

The woman and young one cried with you. Forgave you, when you asked their forgiveness. I did, too.

The curse, intended for another generation, was broken that day. The day you became the Big Man. The day I became BIG to you.

“A new heart also will I give you, and a new spirit will I put within you: and I will take away the stony heart out of your flesh, and I will give you an heart of flesh. And I will put my spirit within you, and cause you to walk in my statutes, and ye shall keep my judgments, and do them.” 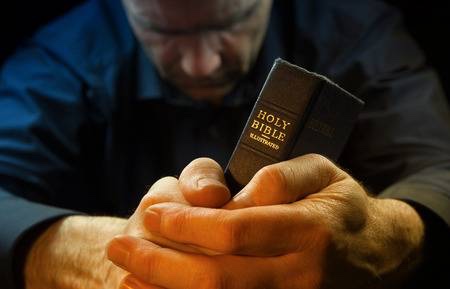