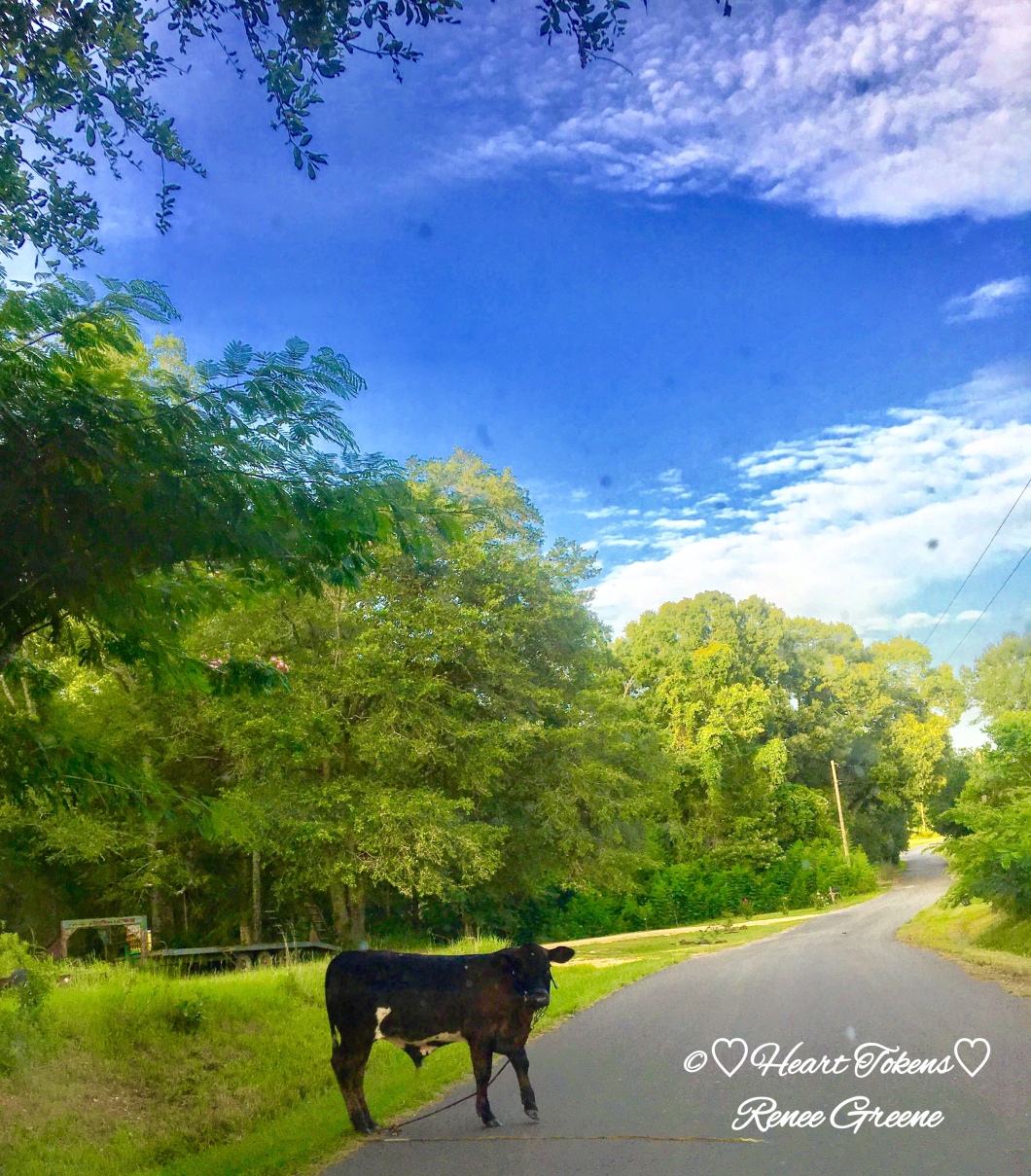 I am seriously beginning to wonder if there is not some sort of “Farm Animal Revolt Uprising” going on around here! Like the one in the ZOO series on Netflix. I’m not so sure it’s a beautiful day in the neighborhood at this particular day in time!!! 😂

With all these guys getting loose, running around all helter-skelter like and having a rebellious heyday….This one was just standing there like staring, as I passed by on my way to church yesterday. I really do feel it was actually more like glaring! 😱🤡😂

As I’ve already shared, Sassy was a hunker of a cow who had gave me quite a scare several weeks back. I guess I was still skittish from the mean bully bull years back that had seemingly painted an invisible target on my backside.

Her owners came and got her at first, but then she busted out of the can again and made her way back here. We put her in the pen twice, but she busted our fence down both times. She got caught in the electric fence the last time, and that scared her away for awhile.

She went back home on her own accord after that. Stayed in her pasture for a week, then came right back. She hung around on the outskirts of our fence. so I put out a bucket of water for her. It’s been extremely hot here.

Today, I haven’t seen her, since the owner came and collected the calves to take to sell at the Sale Barn. He will buy new ones soon and the cycle will start all over again.

Then, came the horse at 4 a.m. running crazy all over the yard, till Chess chased him down the drive.

One morning after that, it was a strange dog standing in the field, making Chess all nervous. I hollered at him to ‘Git,’ but he stayed put, not budging. In fact, he sat down in protest.

I thought it might be a coyote at first, so I seriously took a pic and zoomed in to see. It was just a blue heeler. And later discovered the neighbor had gotten a new dog. Great….🤦🏼‍♀️

And here was this guy–just standing there all gangsta…daring me to hit him, so he could put a “hit” out on me with all his gangsta little cow buddies! 😂🤣😂

Yep, I’m gonna keep an eye out on things around here for a little while! You never know what else just may turn up…..